In the early 1980s, the Veteran’s Healthcare Administration created Special Pathogens Laboratory to serve as the nation’s Legionella reference laboratory.  Housed at the Pittsburgh VA, hospital-acquired Legionnaires’ disease was a major problem for this healthcare system with approximately 25 cases occurring every year. Little was known about prevention of hospital-acquired Legionnaires’ disease and the treatment for the potable water system.

Special Pathogens Laboratory and cooperative efforts of hospital staff explored and implemented measures to control Legionella within the potable water system. This resulted in the complete elimination of hospital-acquired Legionnaires’ disease. The keystone of this effort was culturing the water distribution system for the Legionella bacteria. 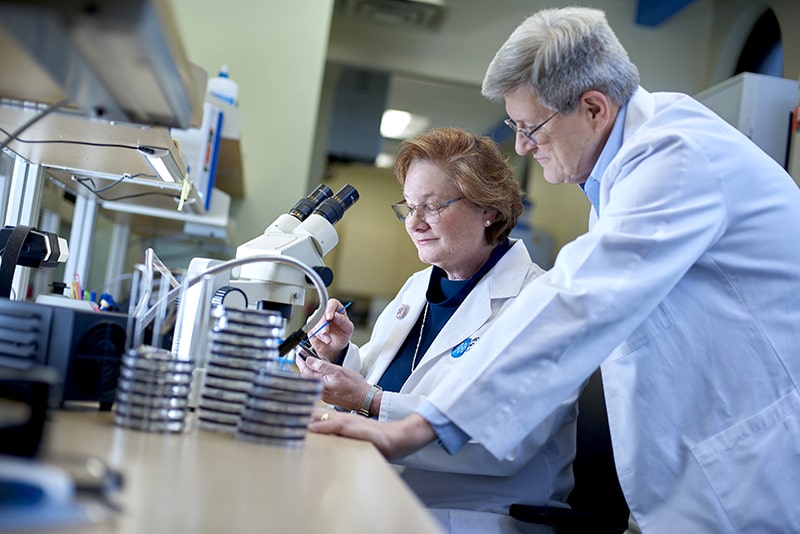 Few researchers were looking to the potable water system as a source for transmission. Conventional wisdom pointed to cooling towers. However, cases at the Pittsburgh VA occurred when cooling towers weren’t in operation. Dr. Victor Yu and Janet Stout were quick to show the link between Legionella in the hospital’s drinking water system the major source for infection for the disease. This breakthrough, first published in The New England Journal of Medicine, shifted the course of research and water treatment to building water systems. The team at Special Pathogens Laboratory followed up this discovery with more seminal research that set the industry standard for detection, control, remediation, treatment and prevention.

SPL researchers made seminal discoveries for the Legionnaires’ disease that are the standard today. The list of clinical and environmental firsts include:

First Legionella Guideline in the U.S.

Our core group of dedicated scientists took this proactive approach to controlling Legionella to the national level. Working with infection control practitioners and the Allegheny County Health Department, we produced the first U.S. guideline for Legionella prevention in healthcare facilities (1993). The outcome of this proactive approach was a significant reduction in the number of cases of hospital-acquired Legionnaires’ disease in Allegheny County (Squier 2005 Am. J. Infection Control). This approach has served as a national and international model for prevention in numerous countries, states, health and professional organizations, and New York State and City regulations.

The VHA closed the Legionella reference laboratory. After successfully controlling Legionella at the Pittsburgh VA for more than 25 years and history of firsts, Dr. Stout and fellow researchers launched Special Pathogens Laboratory as a private company to continue the work of preventing outbreaks and advance research that protects lives and reputations – to end Legionnaires’ disease. To date we have introduced or evaluated all industrywide disinfection technologies and continue to explore new methods for Legionella detection, control, and prevention.

Researchers from Special Pathogens Laboratory have collectively published more than 200 articles in scientific and medical peer-reviewed journals, serve on numerous editorial boards for these journals and author book chapters on Legionella for major publications as: Harrison’s Principles of Internal Medicine, Manual of Clinical Microbiology, and UptoDate.